Developer Hiring Trends in Mobile in 2018

About 384 million smartphones have been sold in the first quarter of 2018. That’s a 1.3% growth over the same period in 2017. That also means that in 2018, the number of mobile users is increasing.

According to Evans Data, about 11.5 million software developers participate in the development of app for iOS and Android. This 11.5-million figure includes both the developers whose primary specialization is mobile, as well as other developers who are only partially involved into mobile. Namely, it includes backend engineers working in mobile app development teams.

But just how many of these 11.5 million are actually dedicated mobile engineers? More importantly, how many specialize in iOS, and how many are Android developers? Let’s dig deeper and find out!

Swift seems to be the most popular programming language in iOS development as more than 185K developers work with it. That being said, the popularity of Objective-C is not declining, either. In 2018, there are near 115K LinkedIn profiles of iOS engineers that work with Objective-C.

There is no significant difference in distribution on the market of iOS development. Swift dominates in most global destinations, and in the US in particular. However, the number of Objective-C developers is also high.

These numbers might not surprise you. It would be more interesting to know whether the numbers change the next year.

The Demand and Hiring Trends for iOS Developers

As for the US companies, they show almost equal interest in both Swift and Objective-C. Let’s look at the popular job websites like LinkedIn, Glassdoor.com, Monster.com, and Indeed.com and compare the number of job positions for iOS developers:

With the information from the charts in mind, there is a gap between the demand and talent supply. This happens due to the need to maintain existing code. Moreover, employers still expect from Swift developers to have experience with Objective-C.

2017 was commemorated by the release of Swift 4. The 2018 Apple Worldwide Developers Conference (WWDC) gives an insight into relevant technologies to expect in the near future. Based on the results of WWDC, AI/ML, AR, and IoT are mainstream in 2018:

It is obvious that not all the developers around the world have their profiles on LinkedIn. That’s why the actual number of developers would be higher.

LinkedIn also contains the data about relevant programming languages for mobile development. So, let’s take a look at them.

Kotlin is gaining popularity as Google is trying to move away from Oracle. However, Java is still on the top of most job lists in 2018. And yet, developers just start adopting Kotlin.

As of 2018, there are 23,083 Android engineers specializing in Kotlin where the US and India have a bigger number of Kotlin developers with over 3K each. Developers from other locations are on their way to adopting the technology.

Note, Google adopted Kotlin a year ago. The technology is likely to grow next year as more and more Java developers start working with Kotlin.

The job websites like Glassdoor, LinkedIn, Monster.com, and Indeed.com give an insight into the number of companies that are looking for Android/Java or Android/Kotlin engineers now.

At the I/O developers conference 2018, Google announced the trends the company is going to focus on in 2018. With instant apps and focus on AI/ML, IoT, and AR, these innovations wind their way into mobile. It is obvious that more companies will want to have them in their apps. Let’s take a quick look at the most interesting ones:

Wix, Netflix, and Bloomberg actively adopt cross-platform mobile development and React Native in particular. The popularity of the latter became the reason why Google built Flutter, their own framework for cross-platform mobile development. Xamarin isn’t so popular in 2018 but still it was the the first cross mobile technology that gained success.

The chart below presents the talent supply in React Native, Flutter, and Xamarin.

Based on the data from the chart below, React Native is the leader across major software development destinations. Nevertheless, Flutter has all sorts of chances to outrun React Native, as it’s just released in spring, 2018:

Being popular among developers, React Native is also in high demand among businesses. The demand for Xamarin is getting smaller as it is used mostly for maintenance of existing projects. As for Flutter, companies are still setting sights on a new technology.

Based on the collected data, LinkedIn and CIO made up the lists of the biggest trends and tendencies in software development that impact talent search and retention:

In 2018, the giants like Google, Microsoft, Verizon, and even NASA hire remote tech talent. Companies like Samsung, Harley Davidson, and Wix are also building their Android and iOS apps overseas.

If you’re looking for skilled mobile developers, AppDevShop can help you reach the top-3% of talent.

Here are just a few facts as to why to consider us as your mobile software development partner: 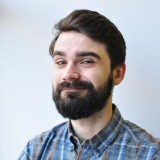